The beautiful landscapes and lush vineyards of the ” Lugana ” that now produce some of the best wines of Italy, in June of 1859 saw combattutala Battle of Solferino and San Martino . He faced more than 230,000 soldiers , the battle passed , by number of casualties , the battle of Waterloo. The Swiss Jean Henry Dunant , given the disorganization of relief, he acted to structure the assistance that was given unconditionally to all the wounded , regardless of the uniform worn , with reference to the motto ” All Brothers ” . Later, pursuing these values ​​, he founded the International Red Cross. For his commitment and his ideas was awarded the first Nobel Prize for Peace in 1901 . 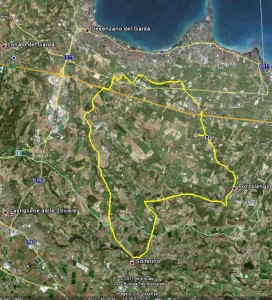