Bike Tour in the hinterland of Desenzano , towards the hamlets that are located on the hills of the Battle of Solferino and San Martino , to the village of Madonna della Scoperta

Desenzano -Madonna della Scoperta, on the hills of the Battle of Solferino and San Martino

Bike Tour of low difficulty starting from Desenzano del Garda , heads inland through the hamlet of Centenaro and arrives at Our Lady of Discovery, then you fall through the hills around the tower of San Martino della Battaglia , including large crops of Trebbiano vineyards which produce wine lugana . 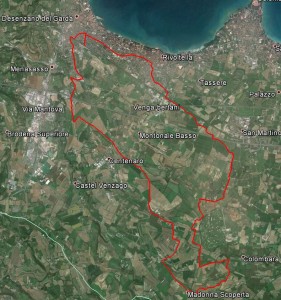